All Collections
Invoicing, funding, and payments
Bill Payers
Adding a Bill Payer to a Child's Profile

Adding a Bill Payer to a Child's Profile

Setting up a bill payer for the child

Written by Julia Rose
Updated over a week ago

You need to assign bill payer(s) to each child before you can issue invoices. 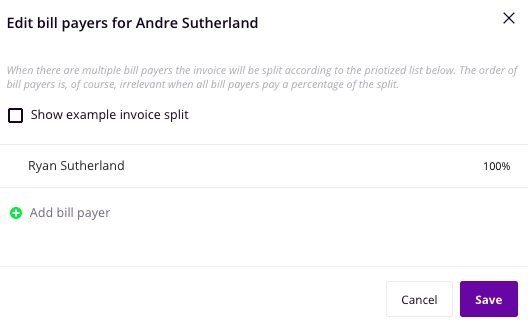 It is possible to assign multiple bill payers, such as parents, voucher companies or a parent’s employer. Each will have their own account where invoices and payments are logged. You can assign a percentage allocation from the same page. Simply click add bill payer. 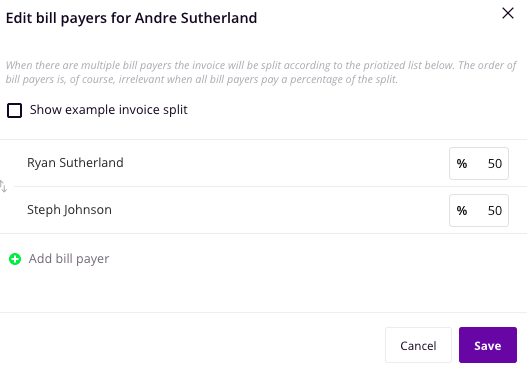 N.B. When an additional bill-payer is added, previously booked and funded ad-hoc sessions may appear on their first invoice. The value of these will be shown as 0, and no action needs to be taken.

If you do not want the invoice to be split, but instead be sent to more than one recipient, simply add an invoice recipient.

Did this answer your question?